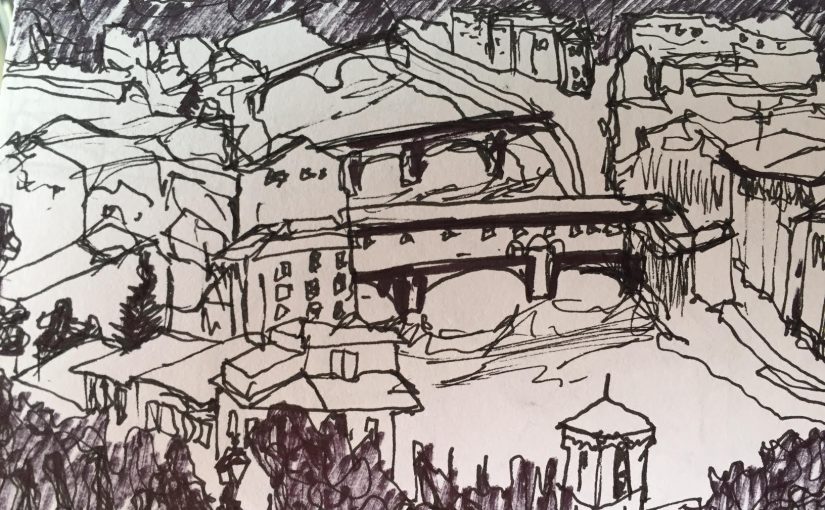 After my last sketching assignment, I was ready for the next one. Both because I wasn’t please with the fifth sketch and because I wanted to move on. And so, my next bit of homework was to draw an image using 5-7 continuous lines, one for each major structure. Time was limited to 15 minutes.

I adjusted my script accordingly so that the time was accurate, and set about to work on the sketch. Didn’t take a photo of the line-drawing only as the timer was running and I wanted to get my darks in place. Here’s the finished sketch: 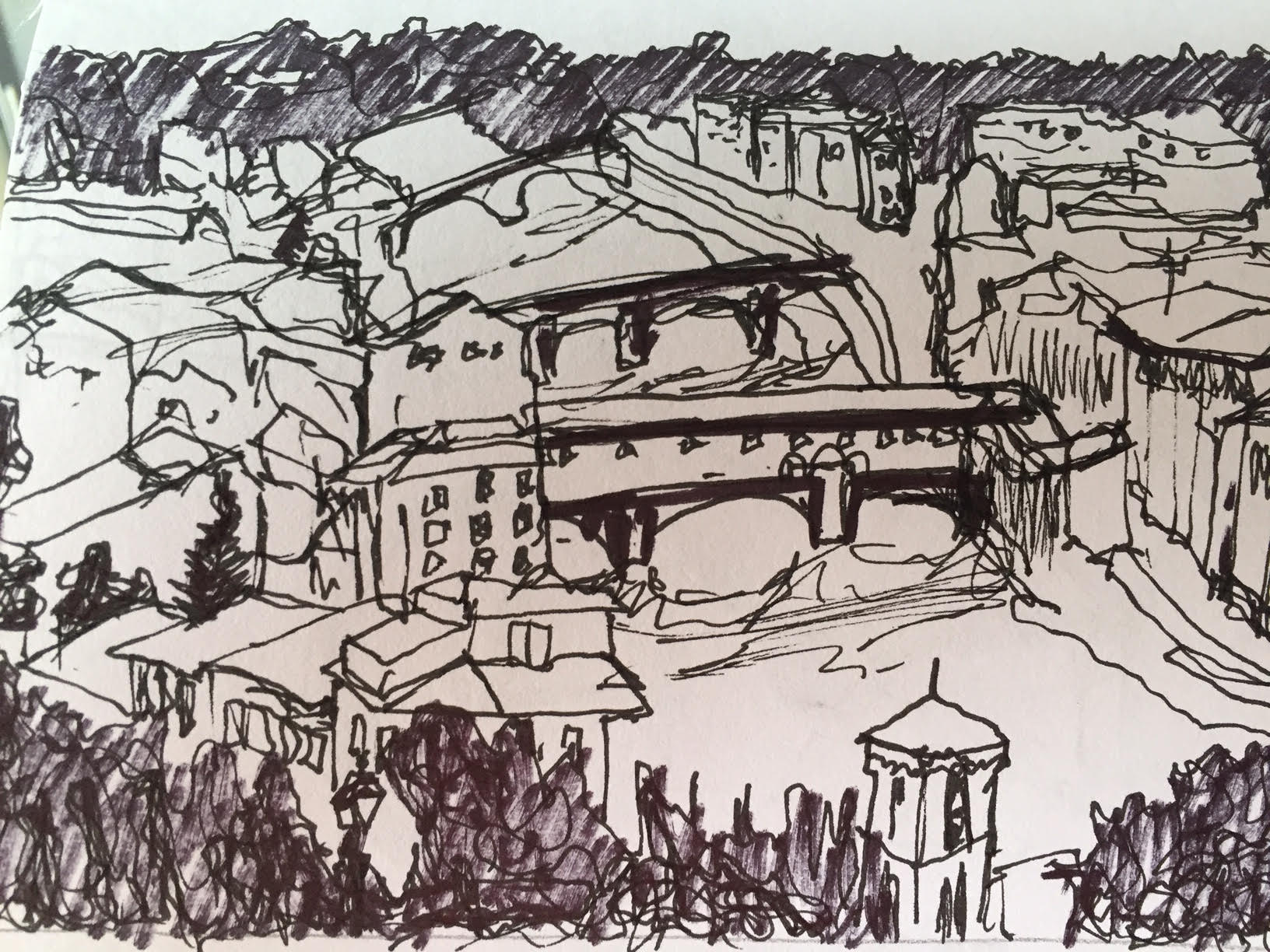 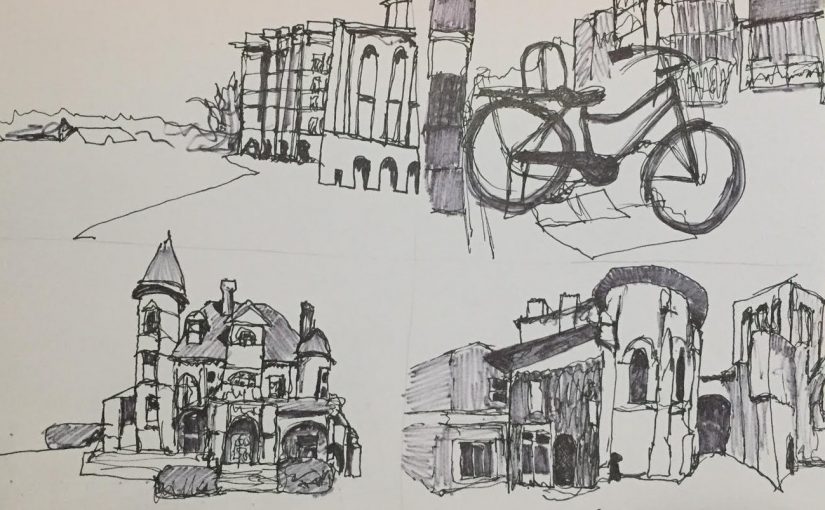 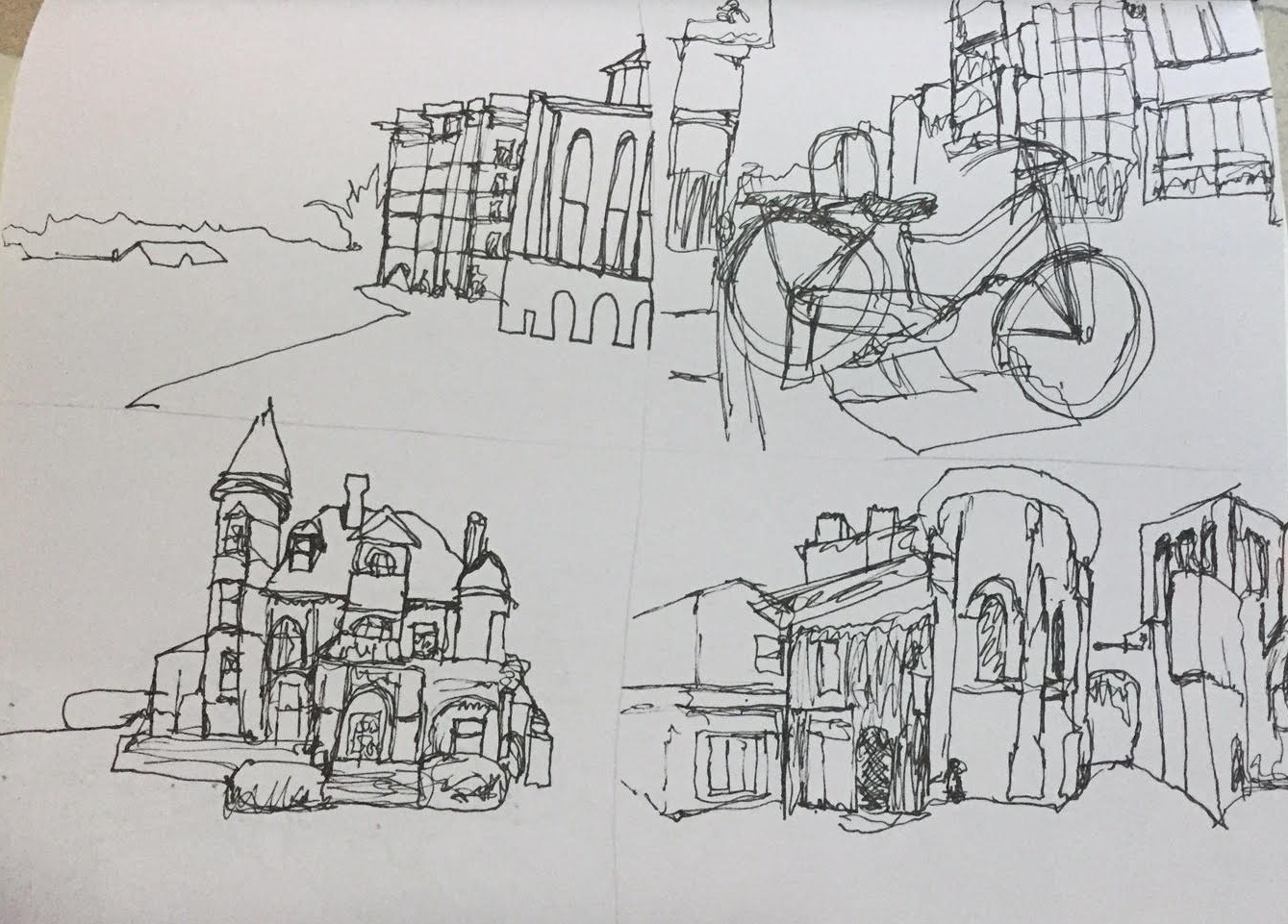 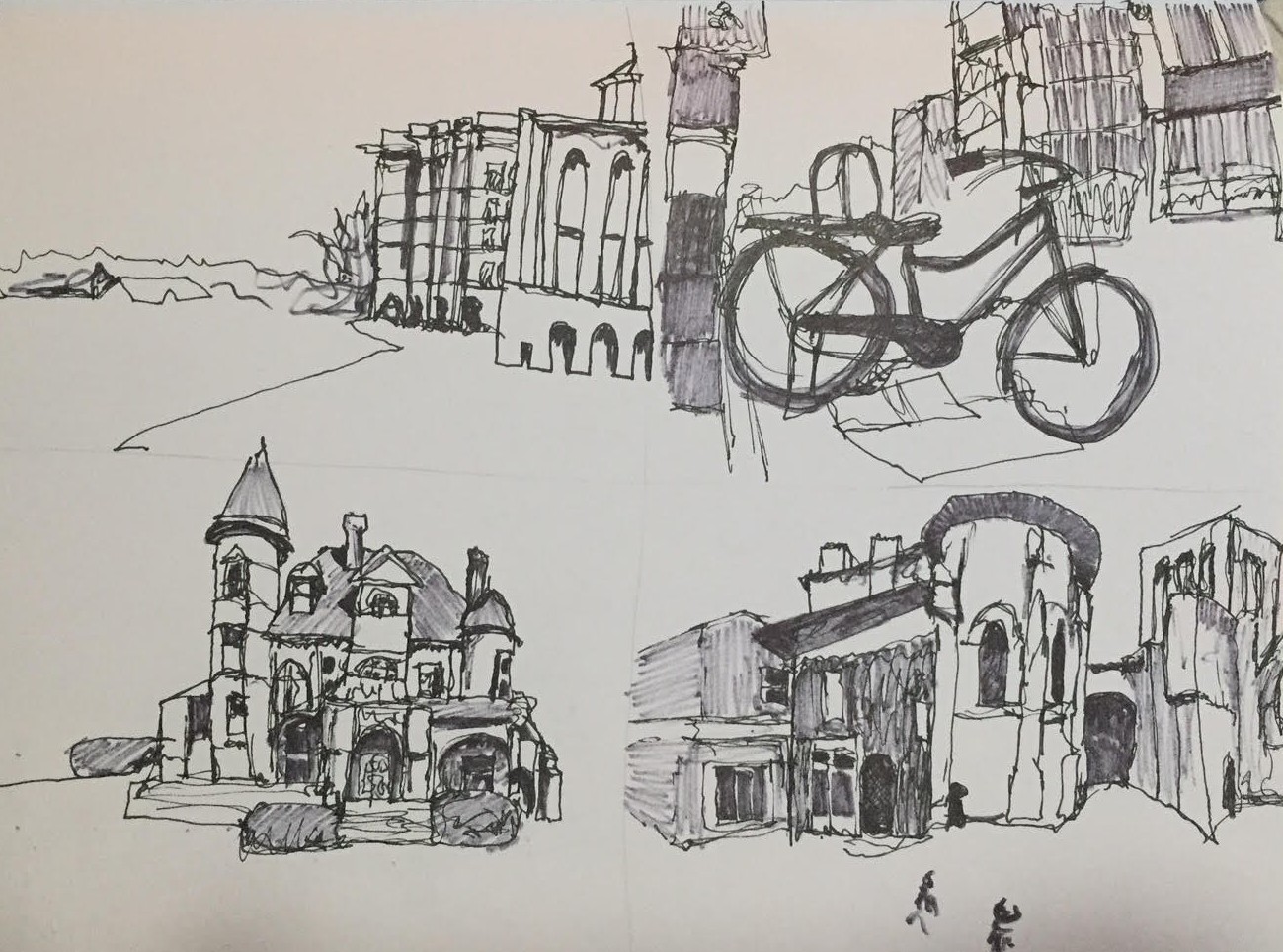 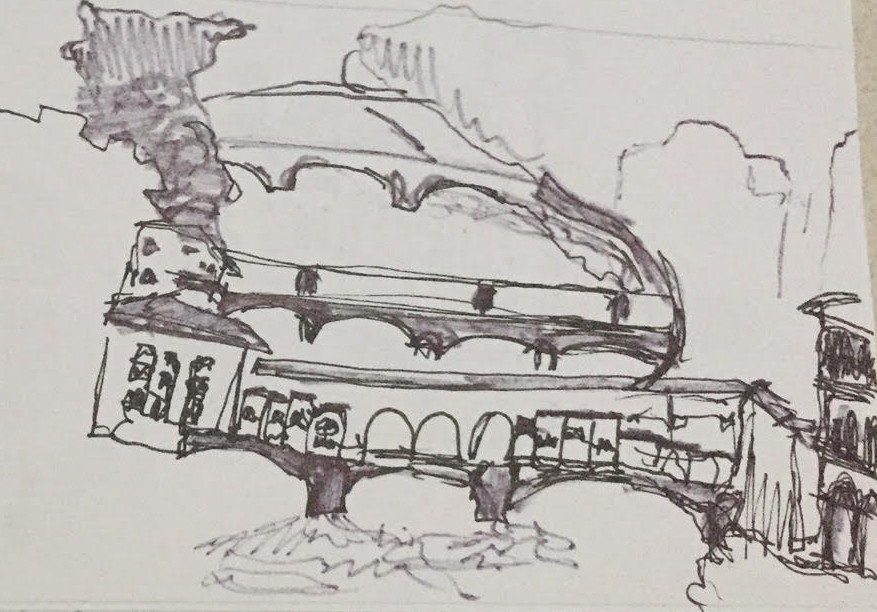