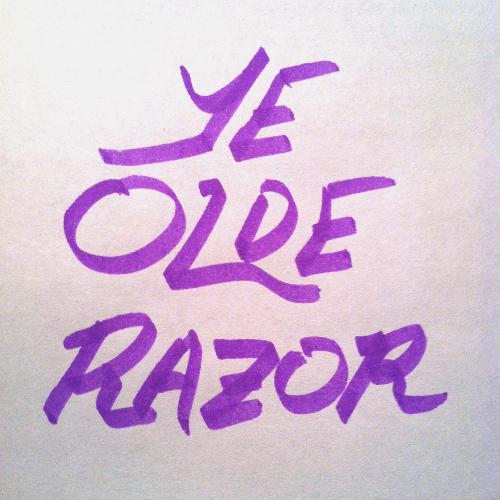 And 9 other things you didn’t know about me

Just wanted to give you a peek behind the sketchbook. Yes, I’m an artist. But I’m also just a guy. Here are 10 things that help to make me who I am. 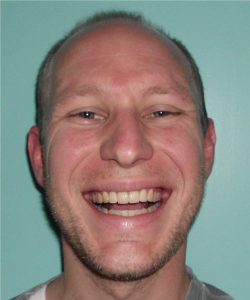 Fortunately, even though the hair on top of my head is fleeing, the ones on the bottom are not trying to make up for it. Outside of date nights I only have to shave a couple of times a week. And when I do, I use my granddad’s razor, a vintage doubled edged safety razor. 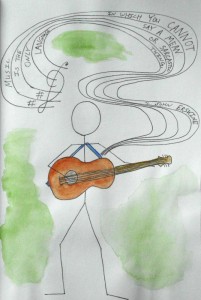 I just don’t understand music. It just isn’t a vital part of my life. Sometimes I like having the radio on in the background while I am doing something else, but that is what it is, background noise. Intellectually, I know what the different components are and how they interact with each other. But music just doesn’t move me.

I have even tried to learn to play the guitar a number of times – memorizing a few different songs and dozens of little riffs was enjoyable. But I don’t know songs, musicians, or bands. You can hum a few lines of a song and while I might recognize it I won’t be able to complete the song, put words to the music, or name who sings it. So music making just isn’t in my future.

It’s true, there’s just nothing quite like riding on a motorcycle. I spent a few years with my motorcycle as my main mode of transportation. My wife had a car and I had a bike. The world just looks different on two wheels. Everything is more fully experienced; the sights, smells and feel of the road. No matter how long it has been since I last rode I can’t help but smile when I take off on the bike again. And the gas mileage certainly doesn’t hurt any. 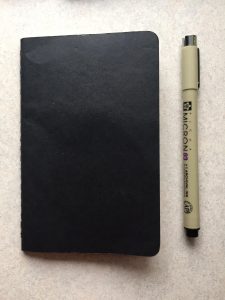 Pens, pencils, notebooks, padfolios, and messenger bags. I love them all. You can ask my wife (and receive rolled eyes and a shaken head). No matter how many things I already have, how many of them are sitting, waiting to be used, I am interested in more. Apparently the older the better – my favorite messenger bag served in WWII and the fountain pens were in the Pentagon shortly there-after.

While I can make my own notebooks (and not just the pocketmod books but 100-page sketchbooks) there is something thrilling about wandering down the notebook aisle looking for the new notebook that just calls my name.

#5) Lived on the Emerald Isle

My wife and I spent a semester living and studying in Ireland while in college. While there we not only visited most of the country but also spent time in Northern Ireland, Finland, and Estonia. We ate so much delicious food, tried every type of dessert we could, and enjoyed the sights and the history.

What a beautiful country! If you get a chance to visit, don’t pass it up.

Though I’ve been happily married since 2008, my wife is the second woman I proposed to. First was my high school sweetheart. Unfortunately, we discovered that she had an inoperable brain tumor which, though she fought valiantly, ended up proving unbeatable. For various reasons we never made it down the aisle.

Married or not, she has touched my life in many ways and without her influence I would not be the person I am today. She was definitely a positive force in my life.

After living in 6 places over 6 years my wife and I just bought our own home. We looked at many options, from condos to farm houses with 20+ acres of land, from buying a 200 square foot house to building a 312 square foot one. Finally we purchased a motorhome.

We haven’t yet decided where we want to settle, so a home on wheels gives us the security of owning our own house but also the freedom to try different locations.

While I have to fight my pack-rat tendencies, the smaller space does help provide the limitations that will set our lives free.

I basically haven’t used soap or shampoo in the shower since June 2010. In that time I haven’t received any complaints and have even received compliments about the smell of my deodorant (and as strongly as that stuff can be scented, you don’t really need any more than that to smell good).

You can read more about the experiment, including how it started and an update from a few months later.

Tis true, I can do more than just draw. Whether it is building furniture, whittling spoons, crocheting hats, sewing blankets or more, I am a maker. I designed my wedding ring (and my step-dad made it for me), built our first table, and prefer to make gifts rather than buy them.

The world is not fixed. There are ways to improve it, or at least my little part of it. And so, from building websites, making functional tools and generally beautifying the area around me, I will continue making as long as I am able.

Two days after graduating high school I headed south for BASIC training for the Army National Guard. They taught me to polish boots, wash dishes, march, sleep while standing, and even to fix tanks. (Now there’s a useful skill. I can fix anything, as long as it is a tank and the manuals are near-by. So if you need your tank worked on, give me a call.)

I don’t think I’m that special

This list seemed challenging to make. I’m so used to the things that make me, me, that it’s hard to think of aspects that someone else would find interesting. While I’m sure there’s more (like the time my wife and I decided to go to another country about 24 hours before we left) but those are stories for another day.